If you know anything about me, you know that I loathe winter. I hate the cold and I hate the lack of sunlight. But when it snows it redeems winter in my opinion, even if briefly. Growing up in the south meant snow days were rare, and for as long as I can remember I’ve been delighted by snow.

And who isn’t? It’s absolutely gorgeous!

I’d waited all winter for a real snow day and been disappointed, but it turns out this year I just had to wait winter out in order to see some real snow.

Being excited about snow after the official end of winter feels a lot like celebrating a 70 degree day in January or February: it shouldn’t be happening but damn, it’s amazing. A few years ago I went hiking on the first day of spring and there was a fair amount of snow on the ground. That’s not nearly the same thing as a snowstorm on the second day of spring! The most surreal part about a post-spring equinox snow day? Normally it’s dark by 5:30pm when it’s snowy, not still light out 90 minutes later.

While I was out frolicking in the snow and indulging my inner child, I was decidedly not thinking of a topic for a blog post. A few hours later after I’d finally accomplished a few of the MANY things I had on my overly-ambitious to-do list for the day, I still hadn’t thought of a topic for this post.

But I had a bunch of snow day photos. So by “photo essay” I really mean “a bunch of photos I took during my two forays out into the snow this morning,” but that doesn’t make for as catchy of a title.

As wonderful as the snow was, it obviously wasn’t great for all of the plants and trees that are starting to bloom. Approximately half of these are photos of DC’s iconic cherry blossoms in the ice and snow. Since it’s unclear how many of the buds will survive this brief return to winter, I figure this might be as close to peak bloom as I get this year. Plus I love the contrast of the subtle pink against the white snow.

My favorite kind of cherry blossom is actually the much darker pink ones that bloom later, so here’s hoping those are far enough behind that they’ll still bloom!

On to the photos

I was pleased with myself that after waking up at 7 (half an hour earlier than my normal alarm, this is why I can’t have nice things), double-checking that we had the day off, being disappointed that there wasn’t any snow yet, and going back to bed, I managed to actually fall back asleep until 9:30. And by that point there was wonderful, glorious snow to go walk around in! 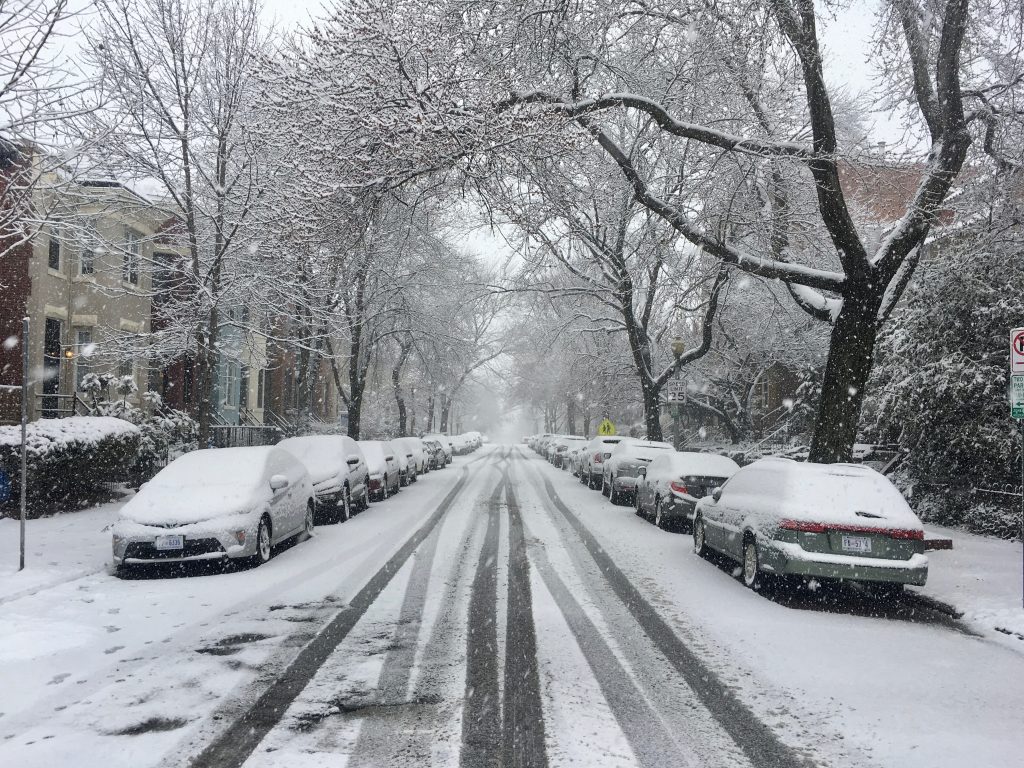 The first walk was a quick foray because eating breakfast and having coffee are two very important things that needed to happen. The snow was coming down pretty quickly, so two hours later it was time for a longer walk (yes, I got 9,000 of my 10,000 steps for the day in during these two walks). 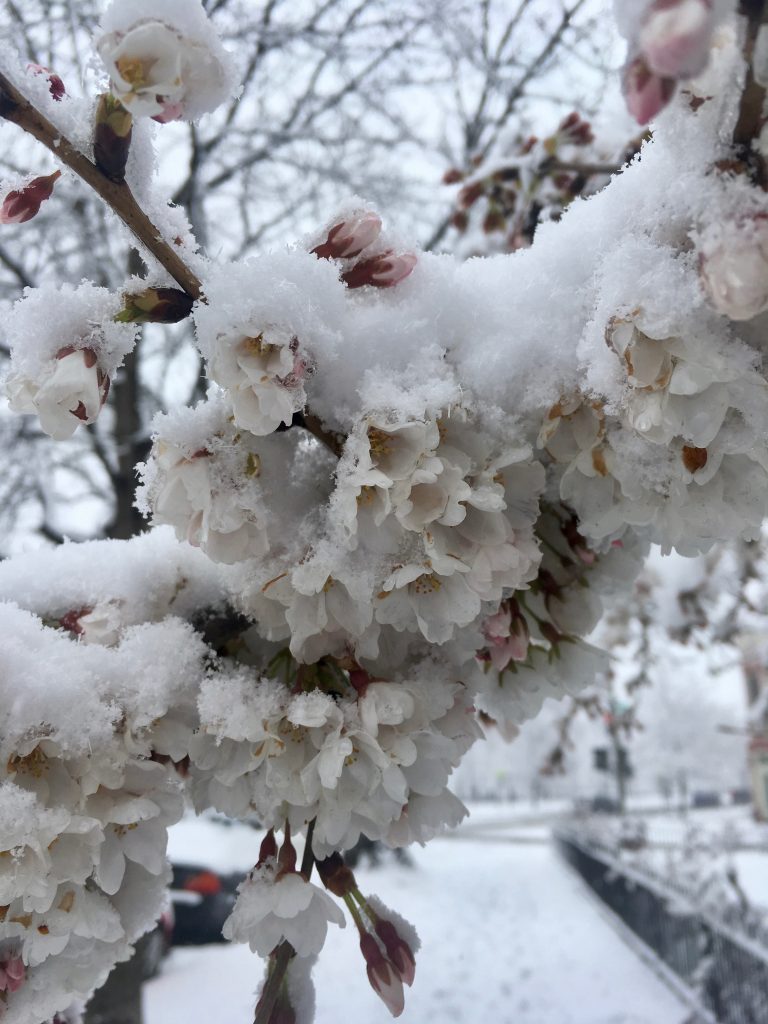 I was wandering around fairly aimlessly, but did want to end up at the Capitol eventually. I’d heard tales that sledding down the hill on the Capitol lawn were a DC (and especially a Capitol Hill neighborhood) tradition—especially after the removal of the sledding ban in 2016—but had never seen this for myself. The last time we got any appreciable amount of snow (a foot and a half of it!) was two years ago, back when I was working at a company that didn’t follow the Federal government closures for snow days. I have since remedied that situation and could therefore check out the sledding action.

Has anyone been sledding recently? Turns out it doesn’t work so well as an adult. A wonderful parent let me borrow one of their sleds so I could indulge my inner six-year-old for the approximately 30 seconds it took for me to figure out how to fit my legs completely on the sled (it was one of the round ones), push myself down the incline, build up about 0.05mph of speed, and ultimately tip over nowhere near the bottom of the hill. Adults and saucer sleds don’t mix!

It was super fun. #nevergrowingup 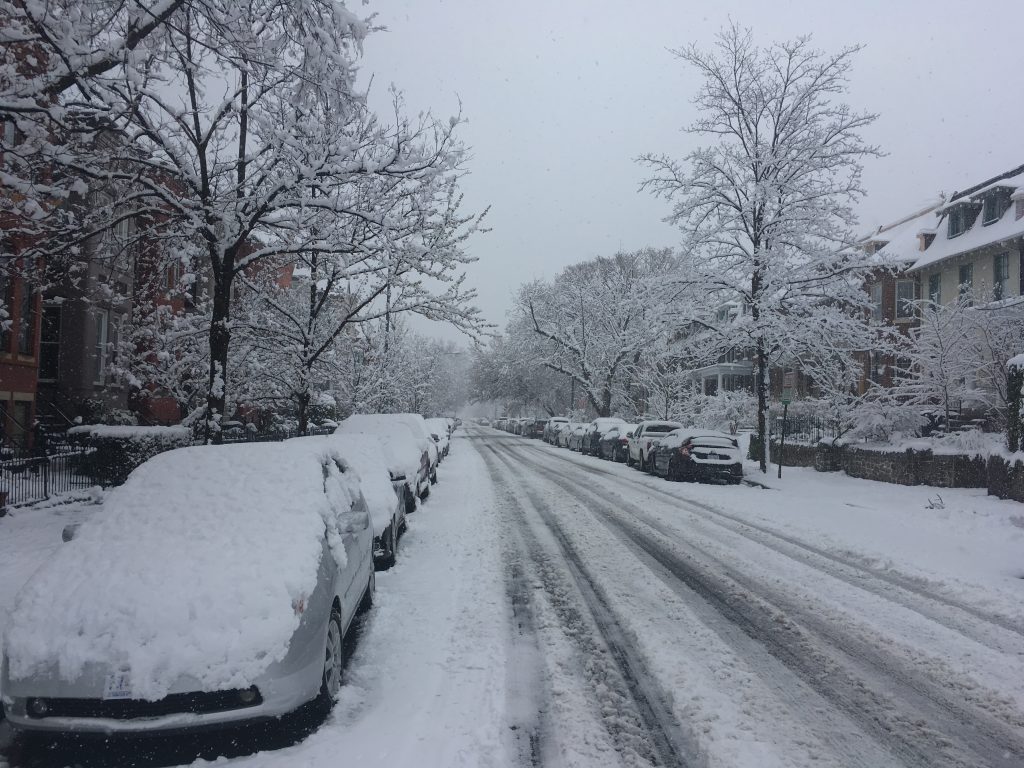 Oh, right. I should be tying this back to personal finance, shouldn’t I? I spent $0, got in my exercise (I suspect my legs will be a bit sore tomorrow since walking in a few inches of snow requires a different gait), and had fun. How’s that for a frugal win?!