Oh, hi, y’all. Why the hell am I even bothering to post a spending report 11 months late? No one cares about last year’s spending, and I don’t particularly care about it either.

But honestly, if I don’t finish out my 2020 spending (starting with June because that’s where I left off), I am pretty sure I’ll never get back into blogging again. More on that later (it’s one of the many posts I keep meaning to write but can’t seem to get around to doing).

Many things in June (including the travel) were wedding-related.

In April I’d spent some money on clothes for engagement photos, and those photos happened in June! It was actually a money nerd party: Mr. Reaching for FI is obviously a money nerd given his website, and our photographer was our friend Elizabeth! Given the whole pandemic thing, we met in a random state park in PA, about a three-hour drive away for both of us so that no one would have to be spending the night away from home.

I suggest picking a place you’re familiar with for photos, and changing clothes in the forest is not going to work out well for you, but hey, we made it work! And yes, we did count the day as a hiking day. No photos of us because anonymous, but Elizabeth took some nice scenery photos, too. 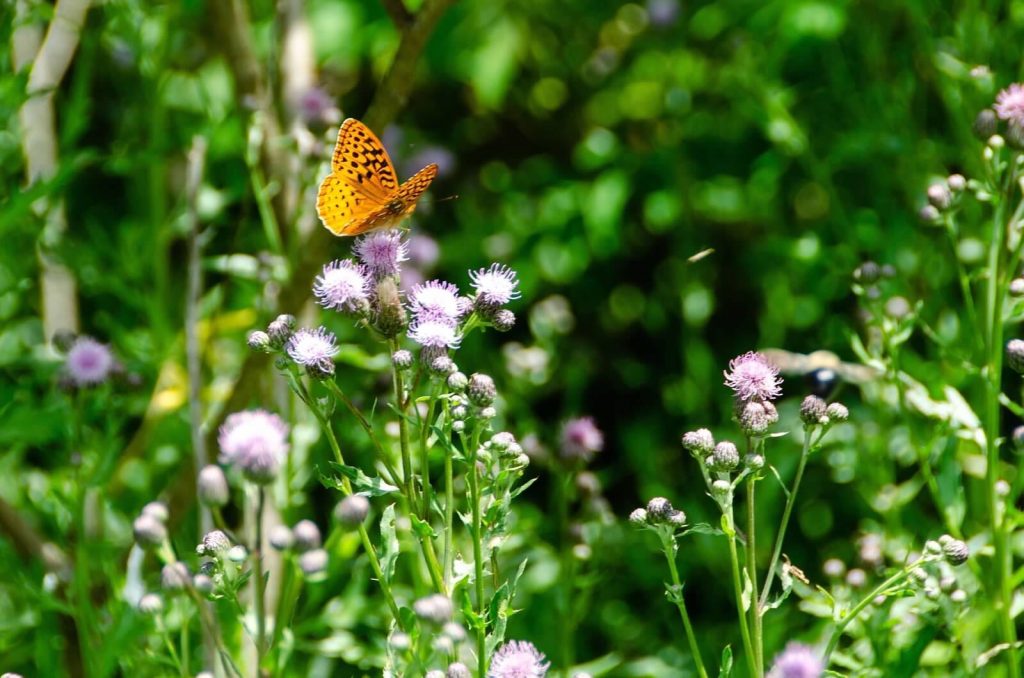 Also quick note that Elizabeth is studying to get her CFP, and she’s also leading small-group financial planning sessions for those who are intimidated by or can’t afford one-on-one sessions. If you have anyone who would benefit from those sessions, send them her way!

My partner and I also drove down to NC to hang out with my parents for a week. While I was there, I made an appointment to go try on wedding dresses and brought my mom along. I’d kept one of the many, many dresses I bought back in April, but didn’t love it (but hey it was a very reasonable price!). I decided to exchange it for a dress I tried on in the store, which overall was a good move, even though the dress I ended up buying was $500 instead of $250. It’s amazing what a full-length mirror does (and trying on dresses in a place where the ceiling is high enough that you can’t put your arms up all the way).

Yes, I do have a photo of me in my dress and wearing a mask. When in a pandemic you have to get those photos!

There’s not much else to say about June (and I don’t remember it now even if there was something to say), so let’s get into it.

Not a great savings rate, but honestly that’s par for the course when wedding spending is involved 🙃