I’m gonna be quite honest: September was a damn expensive month. How the hell did I manage to pull out not only a positive savings rate, but a halfway decent one? I honestly have no idea (although this is the power of including my 401(k) contributions in my income as well!).

I didn’t post much in September: I had four posts, three of which were for things that happened in August (CampFI and August’s spending report). And a lot of that is because that month saw a few big changes in my life that have occupied a fair amount of my time, including the resumption of weekly chorus rehearsals. Ah, sleep on Tuesday nights, I miss you dearly!

And of course I had FinCon at the end of the month!

What happens during a rainy month?

Pre-torrential-downpour-all-weekend hiking pic, featuring impending storm clouds and my Fitbit temporarily on my right wrist (can’t wait until this tattoo is healed so I can move it back to the correct side ?)

A fair amount of September looked like that: overcast and rainy. I only went hiking once, and given the savings rate from August, it seems like maybe I should spend my weekends hiking since those tend not to include me spending money, especially if I’m also working that weekend! ?

So I spent a bunch of money

I spent money on FinCon and Cents Positive (I’ve said it before and I’ll say it again: spending money to spend time with my friends in this community is worth it to me). I broke my clothing shopping ban. Intentionally.

And as I said in that post, I also spent money on packing cubes/other assorted travel things (a toiletry bag, a travel towel, etc). Because I wanted to pack completely carry-on for FinCon, and I’ve got Cents Positive coming up in two weeks (and I refuse to pay Frontier for the privilege of taking a carry-on AND a personal item on the plane on my way to Denver ?), it was a good time to take stock and get some things that’ll enable me to pack more effectively. 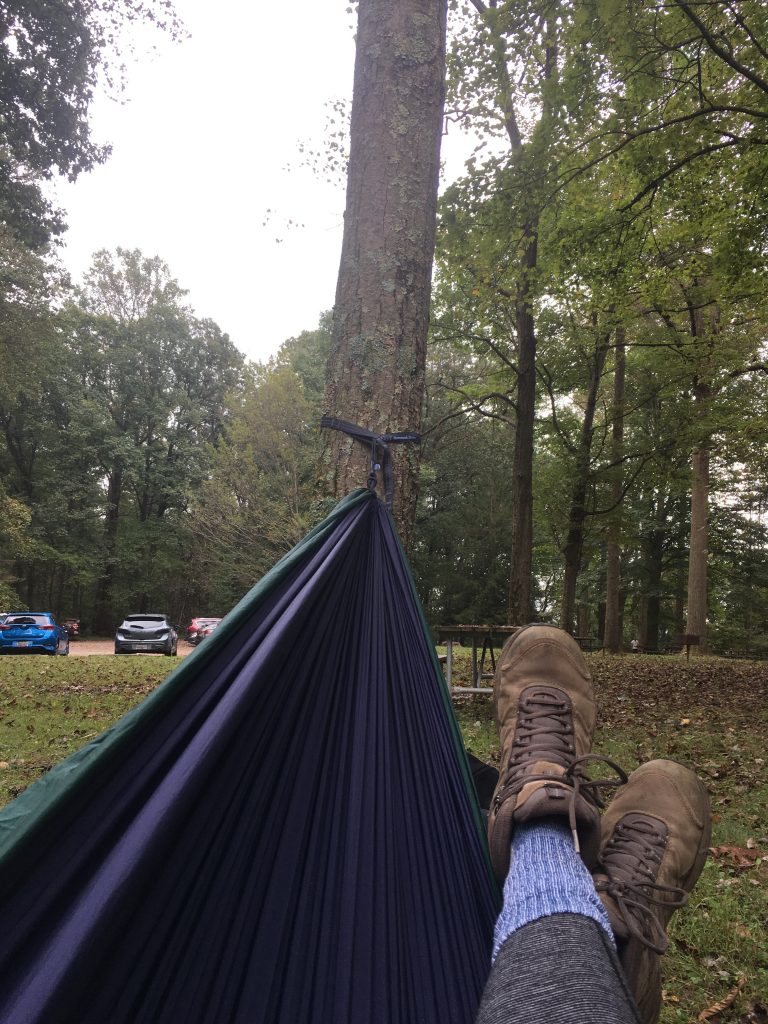 Is this the best $60 I’ve ever spent? Yeah, quite possibly.

Things I did not spend money on

This is a short list, but it bears mentioning!

I also didn’t post a ton last month because my computer was in the hands of Apple for the better part of a week getting repaired. Guess what you won’t find on my spending report? Money spent to fix my computer (they replaced my hard drive). Thank goodness, and this is why I pony up for AppleCare!

Last year my Amazon Prime membership renewal snuck up on me so I figured since I’d already paid it, I’d use the year to reevaluate if I wanted to keep paying for the membership again.

Part of decluttering and intentional living means just buying less stuff in general. Not that that’s reflected in this month’s spending report, but I’ve bought way less in the last year. And the Prime membership was no longer worth it, especially since they raised the price. If I want something, I’ll just have to be strategic about ordering a couple of things at once to get to the free shipping minimum and I’ll have to order them in advance since I’m not getting two-day delivery anymore.

And as someone pointed out to me, I can always pay for a month of Prime (say, around Christmas) here and there if I decide I need to.

After spending a bunch of money I somehow managed to get a 31% savings rate?!? Yeah, I’d say that’s because I’m pretty awesome. ?‍♀️