This month I visited the west coast for the first time, got a part-time weekend job, and tried (and in some cases failed) to resist the urge to spend money.

I also went hiking a bunch (fall foliage yay!), bought a plane ticket for the second month in a row (super unusual for me), and got yet another reminder of how much I love my car! 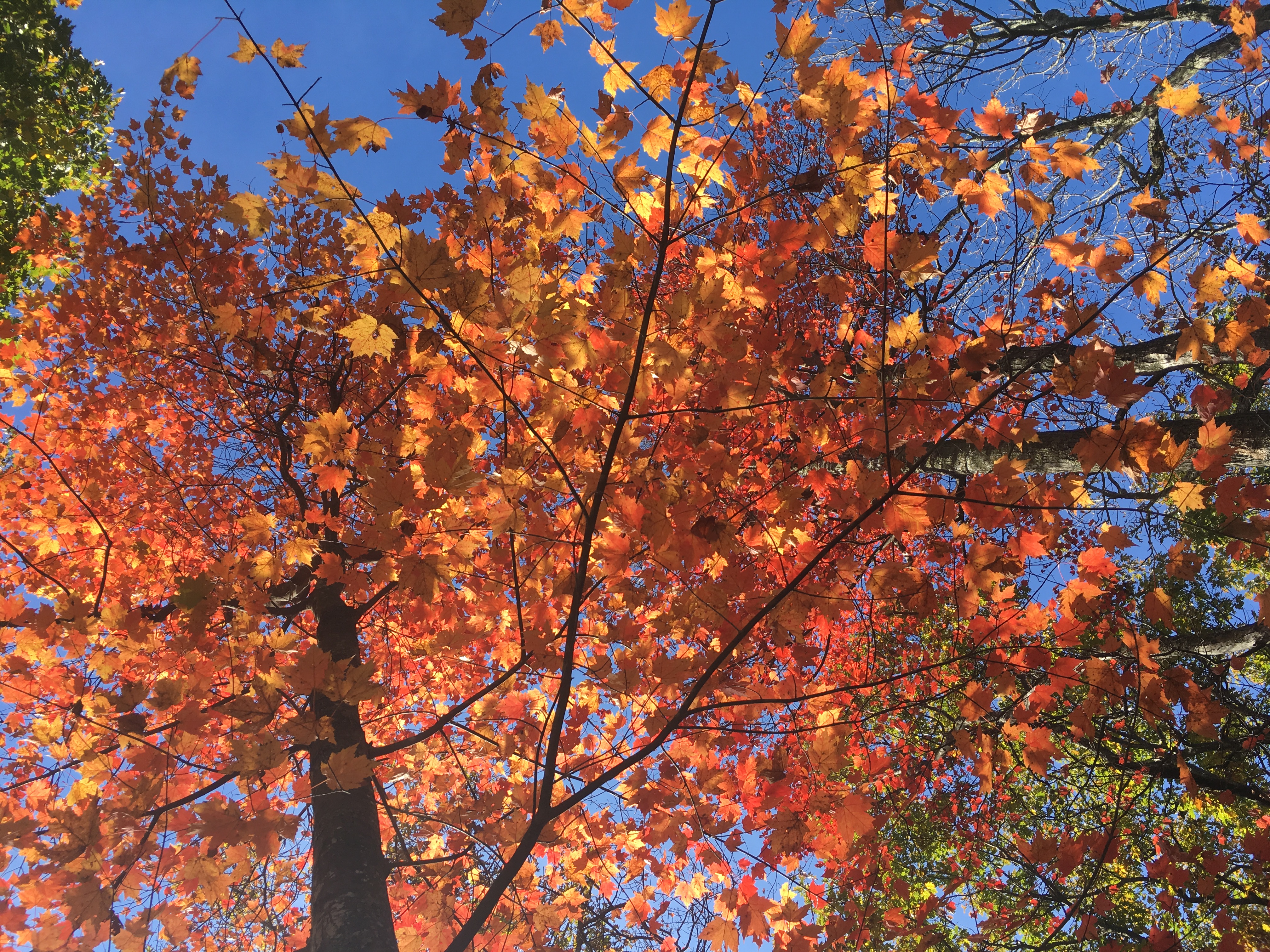 Ah yes, that time of year is fast approaching. I bought part of my Thanksgiving plane ticket last month, but there was more preparation to do this month. I bought a ticket to Ohio to see extended family over the weekend mid-December. Mom and I have gone up there the last two years to see one of her cousins’ daughter dance the lead role in their Christmas ballet, and we’re going again this year since tickets were reasonable.

I also purchased some DC-made liquor as a contribution to Thanksgiving, which I had dad take home with him because I’m flying at Thanksgiving and can’t take it with me (I haven’t decided if I’m checking a bag yet, but even if I were, that booze is too good to risk sacrificing to the baggage carousel gods. I’ve had that happen before and it was sad).

In the vein of trying new things, in hindsight it turns out there were also a few new things I tried in October.

If you remember, a few months ago my brother had an accident that totaled “his” (our parents’ that he has at school) car. The car my parents bought to replace that was a steal: a used Outback with 70,000 miles in pretty good condition and for just about the exact amount that the insurance paid out for the other car. Score! The issue: it’s a manual transmission and my parents are the only ones of the five of us that know how to drive it (fun fact: the car that’s now mine was almost going to be a stick shift since it was a cheaper new car buy than an automatic. But my parents ultimately decided that since I was going to start driving a year later with my siblings following shortly after, they’d get an automatic and avoid having to replace the clutch from their children putting it through hell).

Dad had the day off last Friday and drove the car up to spend the weekend teaching my brother how to drive, after which he’d fly home on Sunday (another fun fact: dad taught mom how to drive stick shift when they were in college and they still decided to get married after that, so he must be a decent teacher!).

Dad left my brother’s place on Saturday evening to drive back home because he decided my brother needs more practice over Thanksgiving and Christmas before he can have the car full-time. Plus my parents really can’t afford my brother being in another accident—I know they’re already unenthused about seeing how much their insurance is going to go up next year (and yes, I’ll encourage them to comparison shop, even if they’ve been with their company for YEARS)—so he really needs more than a crash (not literal!) course in how to drive it.

I’m a convenient pit stop on the way back home from my brother’s, so dad unexpectedly spent the night Saturday night. Which means I got a lesson in how to drive stick shift on Sunday. It was less than stellar: I was doing okay for a while and managed to get up into second gear. But then I stopped on what was apparently a slight hill (looked flat to me!) around the front of the parking lot we were practicing in, which meant there was more traffic for me to pay attention to. I stalled out about eight times in a row, got frustrated, and decided to call it quits before I did any more damage to the clutch. I’ll definitely take advantage of access to the car over the holidays and practice again, but wow do I love and appreciate my gifted automatic transmission car even more!

I usually check my receipt each time I go grocery shopping to see how much I saved, but in the past that was all the thought I gave to it. I read this post earlier in October and was inspired to do more or less the same thing and actually save my savings so they did me some good. I set up a new savings account (creatively named “grocery savings.” I know, I know, how do I come up with such brilliant things??) and now every time I get groceries (or buy something on sale at Costco), I transfer the amount I saved over to that account.

It’s been less than a month and I’ve got $30 in the account, so I’d say the extra minute it takes me to set up a transfer every time I get groceries has been well worth the effort! This is also a good lesson in how small, seemingly insignificant things add up: a couple of $1.44 transfers here or a $2.07 transfer there has netted me an extra $30 in three weeks that I wouldn’t have sitting in savings otherwise.

Not bad. I’ve got two large annual purchases that’ll happen in November plus another large one I’m thinking about so I’ll take all the savings I can get in preparation for that!

3 Replies to “October 2017: the calm before November’s spending storm”