I want to take a break for a second from all my personal money stories to talk about hate and intolerance and privilege. I’ve struggled for the last week or so over what to say or if to say anything at all, but when Canadians speak out (thanks, Cait!) and I haven’t, it’s long overdue. 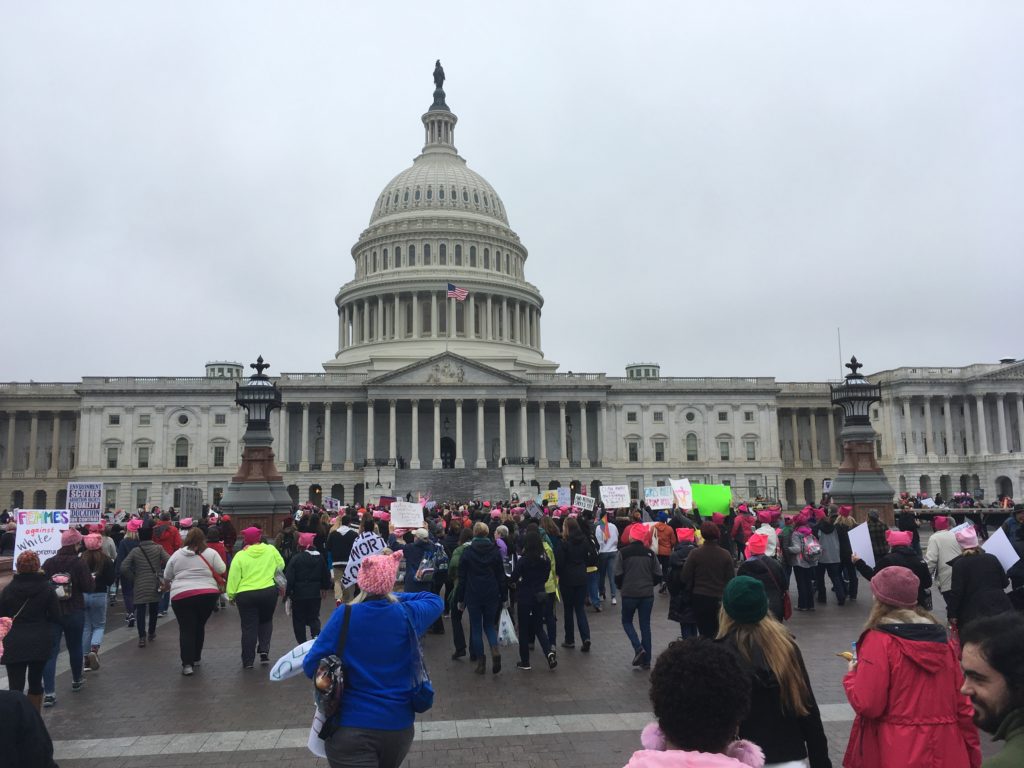 Long before last November I was deeply disturbed by the hate spewed by a certain candidate. I thought I’d done my part by voting and that the results of the election were so predictable it was laughable, but was deeply shaken to my core watching the election results come in the night of November 8th with an ever-growing sinking pit in my stomach. The plan was a fun evening of celebrating the first female president while watching the news with my roommate and getting drunk. I was so looking forward to the next 4+ years! But instead I was too nauseous to drink, even if I’d wanted to numb out the evening.

Since the start I’ve been absolutely horrified by the actions of this (not to sound flippant, but for lack of a better phrase) actual dumpster fire of an administration, and each day seems to bring some new fresh hell.

The reason I’m shocked by what’s happening in this country? I’m white, which has led to complacency. Even though I grew up in the south I’ve never had to seriously consider the insidious nature of racism and that perhaps behind a thin veneer of respectability lies a surprisingly large, seething pool of hate. Not only that, but I’m a straight, conventionally attractive woman. Sure, I occasionally worry about walking home alone at night (and dear lord, don’t get me started on the rampant misogyny on full display throughout the whole thing. All those complaints about why Hillary Clinton was somehow unfit to be president all boiled down to “she’s a woman,” and this feminist will shout that from the goddamn roofs until the end of time). But unlike many other people, I don’t wake up facing the fact every single day that there are people who hate me and would love to erase my existence on this planet.

It’s not like I thought racism or sexism or homophobia or xenophobia or ableism (and oh hey, spell check is flagging that as a misspelled word if that tells you anything) were over, and most of the time I think I’m pretty cognizant of my privilege. But I’m learning now what non-white and other marginalized groups of people have always known: despite our desire to say otherwise, this is actually the United States of America.

I’m a DC resident, which means I don’t have a voice in Congress and can’t call my representatives on the regular like the lucky non-DC people can (yeah I display that “taxation without representation” license plate proudly). But I do have a voice, both in “real life” and on this blog. Just because I’m a personal finance blogger does not automatically relieve me from the duty of acknowledging what’s happening, even if it’s off-brand. It’s not off-brand.

Because money doesn’t exist in a vacuum (and thanks to Ms. Our Next Life for saying that very thing and reminding me to use my voice as a blogger).

I’ve briefly touched on this before, but I grew up in a middle/upper-middle class family and have never known true hardship. I have never in my life wondered where my next meal is going to come from. Sure, we had all the usual worries about paying for college, and the day my father came home early from work while I was home on winter break one year with the news that he’d been unjustly fired from his shitty employer was in the running for the worst I’d ever felt. But I went back to college a few days later trying to remember that my parents told me not to spend the semester worried about them paying for tuition.

The same goes for life on my own: I live in a nice apartment and would not be forced to immediately move if I lost my job. I keep an eye on my grocery spending but am not restricted to a following a tight budget so I can eat. I have a car in a city where I don’t actually need one, and a recent car emergency did not force me to choose between paying the bills and eating because I have savings. There’s discretionary money every month. The reason I can even think about financial independence and not being tied down to a 9-5 job some day in the future is because I have that 9-5 job and am not running myself ragged working multiple minimum wage jobs to make ends meet. Much of this is possible because I was handed a winning lottery ticket the day I was born to white parents of European descent.

Knowing just how privileged I am means that saying nothing makes me complicit. And I refuse to condone the acts of hate and violence that have happened not just recently but since January 20, 2017 (and even before). Know this: I do not condone them. I care about your human rights, whoever you are. If getting political and taking a stand turns people off, so be it. I’ll be returning to my (not-so) regularly scheduled personal finance posts, but I cannot continue to be silent about this.

2 Replies to “Money does not exist in a vacuum”