March was a whirlwind of a month, and the beginning of it was approximately 6357654357 years ago. Wanna know how I know that? Because the month started off with AYCE sushi (a #DCmoneynerds tradition) (also, YUM) the last time Military Dollar was in town. And that was actual ages ago. What else has happened in the lifetime since? Let’s get into it.

Remember how in February I had to find a new roommate? That roommate is Gwen from Fiery Millennials! And her cat Mew, who is obviously The Most Important Roommate (just ask him). It took a few years into college for my clothes to stop being covered in hair from my parents’ string of golden retrievers, and that hairless streak has now ended because LOOK AT THIS ADORABLE FLOOFY ASSHOLE 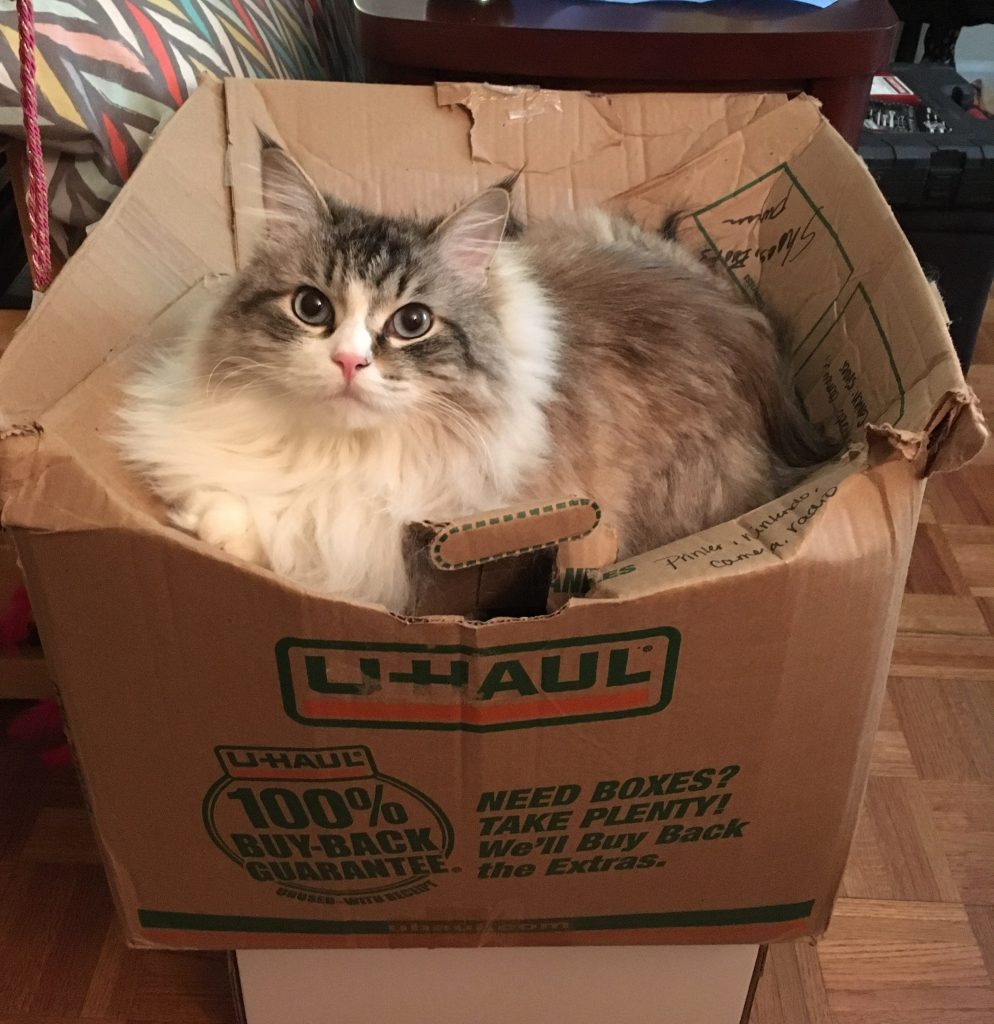 March was finally the month I went to Amsterdam (and Paris and Brussels) to visit my brother. I’m keeping this section short because I’ll write up an exhaustive post about it once I get my act together and transfer all the photos on my phone to my computer. Oh, and write the dang thing. In the meantime, I’m posting lots of pics from the trip on Instagram (yes, my hashtag for the trip is #reachingforStroopwafels. Yes, I’m hilarious).

This isn’t Venice (which is probably number one on the travel bucket list before it sinks into the ocean) but these canals will do for now! / Brace yourselves for a flood (heh) of Europe photos because I was too sick/too busy conserving my battery life to post anything while I was on the trip

The trip was good but it also wasn’t the trip I thought it was going to be. There were a lot of reasons for that, but a big one is because the night my dad and I landed in Amsterdam I had a sore throat, and from there it turned into a cold/sinus infection. My brother was also sick the whole time I was in Europe so I’m not sure how that worked out, considering he was, y’know, in Amsterdam already but ?‍♀️

I’m just thankful it was a low-level feeling tired and crappy/my nose didn’t start running too badly until the last few days instead of feeling actively horrible. I had things I wanted to do and I was going to do them, dammit! Although the fact that the cold lasted another week and a half after I got home was incredibly frustrating, or it would’ve been if I’d had any energy. That wasn’t the kind of souvenir I wanted to bring home!

I did my taxes at the end of February, but the money happened in March so I’m including it here.

I get a sizeable refund every year. Blah blah interest-free loan to the government blah, but let me tell you, as someone with such limited cash flow (yes, I could reduce my retirement contributions and have more cash coming in), I make a ton more progress in one fell swoop than I would if I had that extra $10 coming in every week instead of having it taken out for taxes.

Personal finance is personal, and you can’t discount the psychology that goes into money decisions. I love getting a sizeable amount of money so I can feel like I’m finally making progress on my goals. I maxed out my Roth IRA for 2018 for the first time ever with my refund. The maybe $50 I’d make in interest over the year on my refund is not at all worth being able to put the final $1,600 in that account to max it out.

Self-employment tax is no fucking joke (especially when paired with the GOP tax scam bill changes to withholding), and I didn’t start my job until mid-October of 2017 so I was unprepared for how a full year of work/$4,600ish of 1099 income would affect my taxes. I have news on that front which I’ll  talk about in April’s spending report, but the good news is that 2018 should be the only year I owe. Which is great because it sucks.

My DC refund way more than covered what I owed (thank you, Schedule H!), so thank goodness for that. Plus, throughout the year I put 1/3 of my paycheck from my second job into a separate savings account for taxes. After I did my taxes that money was officially mine, so I got to transfer $1,800 over into my checking account. Most of which promptly got moved to my Roth IRA to max it out for 2018. I’m counting that as income for March because I don’t include that 1/3 in my spending reports for my side hustle income.

Oh, plus March was an extra paycheck month for me. HOORAY LOTS OF INCOME!!!!

There were a few hikes although March was mostly crappy and cold.

It was a cold but beautiful weekend for hiking (and oh wow am I out of shape ?) ☀️

But Gwen hasn’t done any of the hikes around here (see also: crappy and cold weather, aka winter) so we headed up to Shenandoah one weekend for her because how can you not? 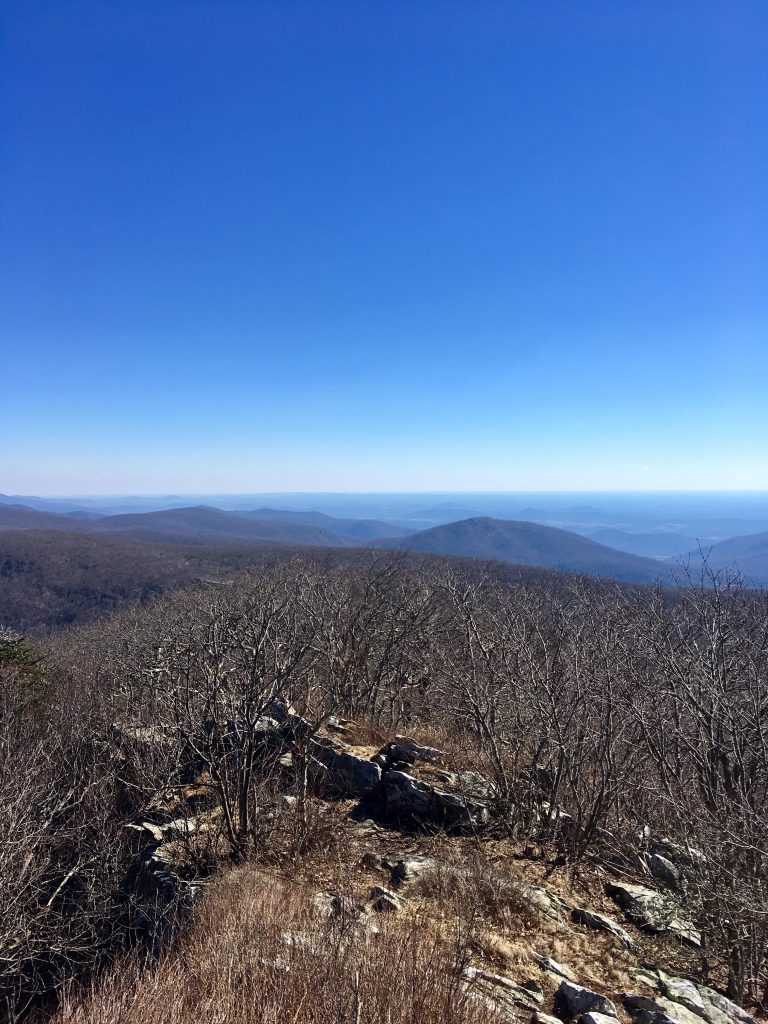 Because of how crappy it was, there was also some looking at art.

It’s not all hiking all the time around here. Sometimes a gross, cold weekend calls for some quality time spent indoors with art ? #coldweatheractivitiesforarthistorynerds #latergram #phototakenbymylackey

But spring is finally, finally here and one day all too soon it’ll be a billion degrees with a bajillion percent humidity. And one of the markers of spring around here is peak cherry blossom season. Usually I’ll skip the tidal basin because there are plenty of lovely trees in my neighborhood with zero tourists to fight through, but again, Gwen’s new to the area.

Went #cherryblossompeeping yesterday with about 50,000 of my closest friends ? #sooooomanytourists

(Gwen’s been a good excuse lately to do touristy things. Although being down at the tidal basin during peak blossom isn’t something I’d wish on my worst enemy ?)

And that, my friends, is everything that happened in the ridiculously long-ago month of March. Onto the numbers.

This is one of my favorite monthly spreadsheets ever

Without all that income, this would’ve been a super scary month. But instead it was awesome!