Having now completed my first year of blogging, here’s my twelfth spending report to round it out! Y’all, I’ve gotta say, looking at March’s spending but also hitting my highest-ever savings rate(!) feels a lot like cheating.

Although it’s not really spring in DC. Spring of Deception, maybe? We’ve been on our fourth (or fifth?) winter these last few days. Maybe it’ll finally get warmer for good sometime soon and I can put my coats and sweaters away for the season.

Also remember that time it snowed on the second day of spring? 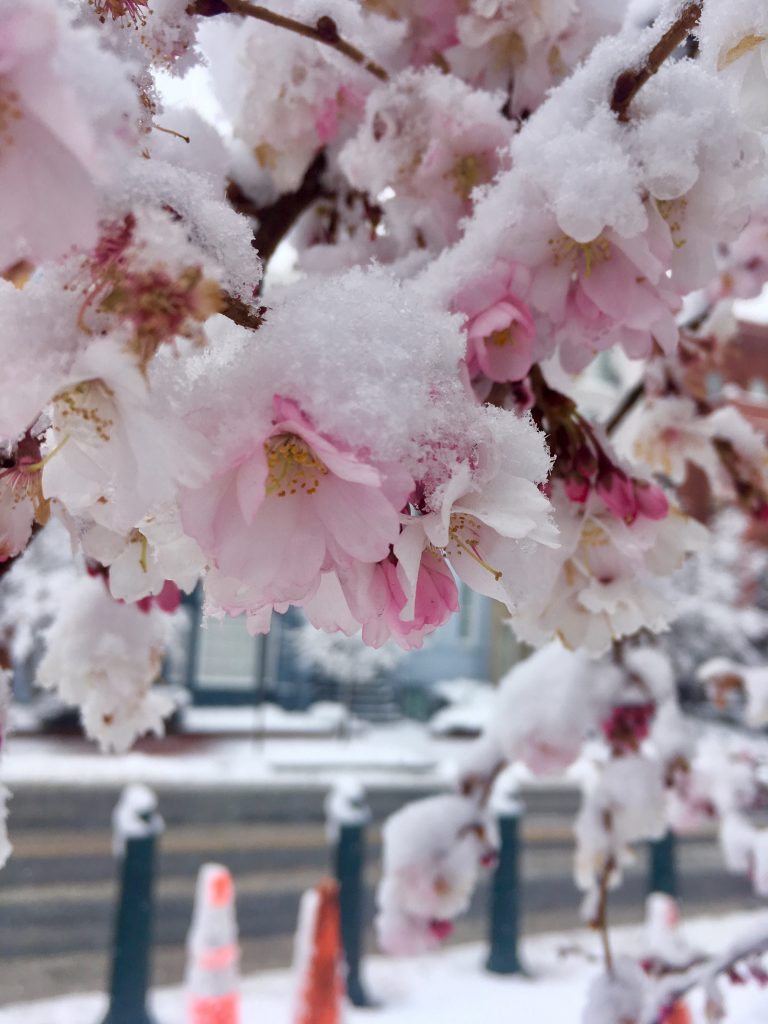 In addition to it being a wonderful extra paycheck month, I also got my DC tax return. You know, the one that includes an almost $1,000 credit on my rent ($940 this year since my AGI was higher than last year). It is mind-boggling to look at my income and see four thousand five hundred dollars in that box because that is NOT how my finances look, ever.

Don’t get me wrong, I want my finances to look like that, always (attention, universe. This is me putting that out there!). I don’t plan on working for a relative pittance at a non-profit forever: I’ve got better things to do with my life, like FIRE (after which I can go back to lower-paying non-profit work solely because I can). But at least for now, that is a metric shit-ton of money.

I didn’t go anywhere in March, so I also worked all four weekends at my second job. That’s not going to last since I plan on cutting back when hiking season kicks in in earnest, so I’m trying to work lots of shifts now.

March saw two meetups: a #DCMoneyNerds one and a ChooseFI one. Our #DCMoneyNerds one took place in a library because #librariesaretheshit and early March is iffy for anything outside (see also Spring of Deception and Fifth Winter), but the ChooseFI one happened on the national mall. And it just so happened during the cherry blossom kite festival!

I met Young FIRE Knight, The Give and Get, one half of Chain of Wealth, Owning the Stars, and Poorer than You in March. I also got to see Good Life. Better., Shift Upwards, Hungry Being, Accidental Fire, and, of course, Military Dollar (team #TripleRegret forever!) again. Go ahead and be jealous because yes, there’s an awesome group of people in the DC area!

We have a new supervisor at my second job, so of course there were a few opportunities this month for us to go out and get to know her a bit better. That’s not reflected in my spending since I subtract anything I spend on socializing or transportation for my second job out of my earnings. But I didn’t do too poorly there:

Went out with coworkers which is usually a recipe for spending $$$. Escaped unscathed with a $6 drink and a $2 bikeshare ride home, since turns out I live near a coworker & she was biking. That, friends, is a frugal win (plus my exercise for the day since I walked 50 mins there)!

What you came here for

57% savings rate. For the record, I put $1,000 of my tax return into my emergency fund so it’s looking a tad more respectable these days, even if it’s not quite where I want it to be yet.

It may feel like cheating, but April (and May after that) is going to be expensive, so I’ll certainly take this win while I can get it.