July was shaping up to be a fantastic reversal of my not-so-hot savings rates of the last few months. I was this close with a hefty petsitting paycheck, my COL adjustment kicking in for a very slightly bigger paycheck, a lower month for groceries thanks to gift cards, and not a whole lot else other than gas to get to the beach.

And then last weekend struck.

I mean, I was only half-kidding about the clickbait title!

I’d known for months that there would be a few weeks where my second job was closed thanks to construction, but the timeline on that was always “at some point in the next few months” and never very firm. After taking two weeks off from my second job to go to the beach, I heard the news that the long-awaited closure was happening for the two weeks immediately following that. Because of course it would be, instead of overlapping with my vacation at all. And then I’m out of town again the week we reopen, so it’ll be about a month and a half by the time I show up at work again. ?‍♀️

What’s a girl to do with two suddenly completely clear weekends (omg what is this having free time thing? What am I supposed to do with myself??) but go hiking?

I’ll be hiking with other people this weekend, but everyone was out of town last weekend, so I decided I’d make it a weekend of solo hiking and did two different eight-mile trails. Hiking’s the perfect frugal activity, so I should’ve had a cheap weekend, right?

Hahaha not so last weekend.

Y’all better believe I keep my Google Maps setting to “avoid tolls” at all times. But last Saturday I found out that option had somehow been turned off when Google routed me onto the Dulles toll road.

I paid $2.50 in cash at the toll booth (surprise toll roads are the ONLY reason I ever keep cash around). I’d heard things about that being an expensive road but didn’t know what I was getting into. And I didn’t want to get off at any of the exits and try for a different route, because I’d have to pay another $1 as I was exiting. Who wants to pay another toll as they’re exiting? $2.50 isn’t horrible, after all.

So thank goodness I wasn’t hiking somewhere where I’d need to pay an entrance fee. Because that would’ve been insult on top of injury.

The making of a good hike: a functioning car battery

Sunday morning dawned and I was up early, bright-eyed and bushy-tailed (jk I was hurting from Saturday’s hike and super tired) to hop in the car and hike another eight-mile trail. And my car wouldn’t start. There was power to turn on the radio, dashboard lights, and fan, but not enough power to actually turn over the engine.

After running around waving at cars stopped at red lights like a crazy person for a while (pro tip from my father after this happened: run around waving at cars with your jumper cables because you will look way less like a crazy person #themoreyouknow), I managed to find someone willing to jump my car for the 30 seconds required to give it enough juice to start. And then I drove myself to the nearest Auto Zone, which was luckily open early. Because let’s be real, I wanted to start this hike early, but while it’s possible my car would’ve started on its own the next time, I didn’t want to risk driving to the park, hiking, and then finding myself in the parking lot of the park with a dead battery.

I’m extremely thankful this didn’t happen on Saturday, since the place where I hiked was far less popular and I would’ve been waiting in the parking lot for quite a while until I found someone to help me out. Actually, I probably would’ve called AAA and waited the 45-60 minutes for them, but that’s assuming I wouldn’t have been too hangry for that idea to occur to me (and that’s not ever a great assumption with me).

A “dead battery” diagnosis and $142 later, I walked out with a new battery and a functioning car again. I was obviously going to have to pay this at some point very soon anyway, so it’s perhaps a bit disingenuous to jokingly call this a hiking expense. I’m just glad this happened on a morning where I was hiking by myself and not with other people who were waiting for me to pick them up. Because I was also then an hour and a half later than planned.

I’d had breakfast at home that morning like a good frugal person! Did I stop at McDonald’s on the way to my hike to grab a coffee and a breakfast sandwich anyway since 90 minutes later breakfast was long since gone? Yep. 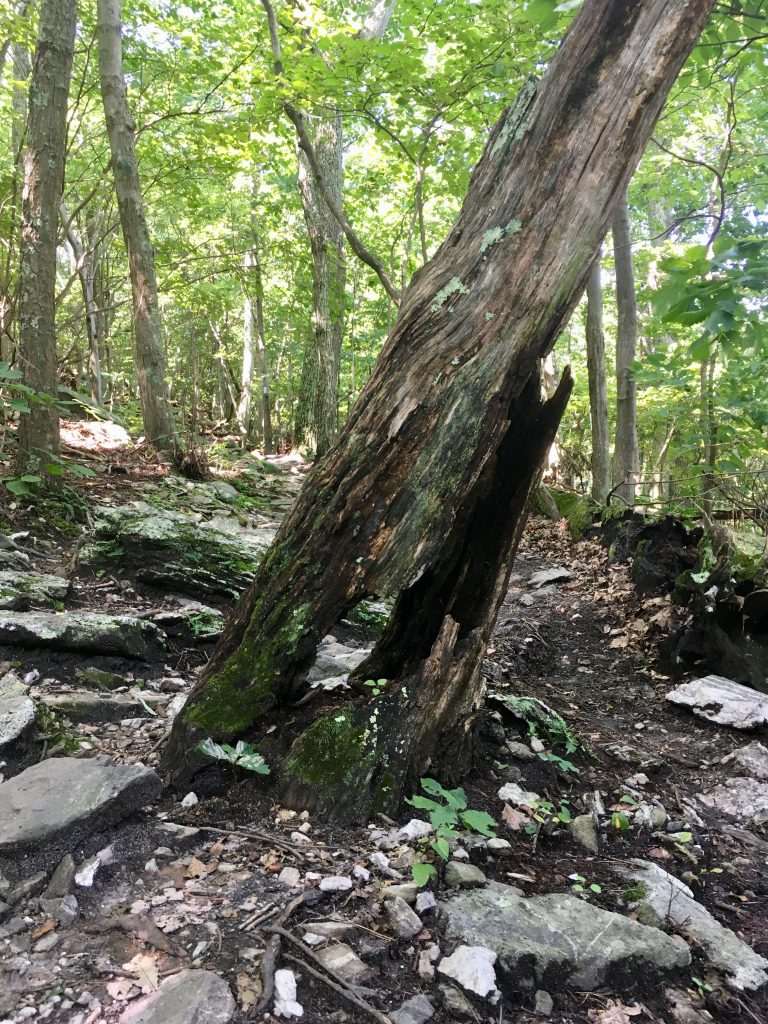 Can we talk about how I went hiking by myself for 16 miles this weekend, even though I was sore and tired on Sunday and didn’t want to do the full hike?

I hiked 16 miles solo this weekend. I was surprised at just how sore I was when I woke up this morning and did NOT want to do all 8 miles of the loop I had planned for today. There were plenty of opportunities on the trail for me to cut my hike short today, and since I wasn’t hiking with anyone, no one would’ve known if I had. But I did the full loop anyway ?

Hell yeah I did.

Perhaps it was the ~excitement~ of the morning that made me do uncharacteristic things, but when I got home from my hike on Sunday, hungry and sweaty and tired, I saw the news on Twitter that there were a few openings for CampFI Midwest at the end of August.

This is the same CampFI that I’ve wanted to go to since I heard about it months ago (I mean, look at that lineup of guests!), but it’s always been sold out, so there was no way I was going to get to go. Remember, I’m reading this as I’m hungry and sweaty and tired. If you think you know where this is headed, you are absolutely right.

Wow, I thought, that would be so awesome if I could go. But that’s a lot of money. And I don’t really have the vacation time.

But instead of leaving it there, I decided to see how much flights would cost. For funsies. And that, dear readers, was my fatal mistake.

Hmmm, $228 for a direct flight less than a month in advance? That doesn’t seem too bad at all!

And then, well what if I just buy the plane ticket because it’s refundable for 24 hours? That’ll give me time to think about it.

And then, oh shit. There’s literally only one ticket left to camp. That’s not refundable. But I doubt it would be that hard to find someone else who wants it if I decide this is a Very Bad Idea. So…what if I just buy this ticket?…

…oh my god I just bought the last ticket.

I’m going to CampFI Midwest in a few weeks! Maybe? Yeah, I’ve got 24 hours to decide if I’m doing this or not.

Well, I’m doing this! I felt a bit nauseous casually dropping $630 on a whim, but I am also seriously excited that I get to go to this event.

It wasn’t until I was adding up my numbers for the month (after writing the above section) that I remembered that I’d gotten refunded for my FinCon ticket because I won a new blogger scholarship! So that $398 essentially cancelled out my CampFI ticket and means I feel a lot less bad about my incredibly expensive impulse purchase.

Of course that $400 (plus the $228 for the plane tickets) would’ve been better actually, y’know, saved, but too late now for that.

Honestly, color me surprised, because until I filled out this spreadsheet I was dreading the result. This is what happens when you add in your retirement contributions, hooray (my other spreadsheet says my post-tax savings rate is only 25% so I like this one way better)!

Getting that FinCon ticket purchase back was a lifesaver and essentially zeroed out the price of my CampFI Midwest ticket itself. So I feel a lot better about that purchase. And let me be clear that I am not at all advocating casually dropping hundreds of dollars like that, even if you have refunds coming to help even that out. DO AS I SAY, NOT AS I DO.

Despite this absolutely awesome surprise, am I going to run the numbers anyway sans the CampFI purchase to see how even more awesome this month would’ve been without that? Nah.