So it’s been a while since I posted. I’ll let Instagram do the talking for me here, but basically I crashed in December. Remember how I kept talking all year about needing to slow down? Yeah, that never happened.

I haven’t written a blog post in two weeks. I’ve been largely offline/ignoring my phone for the past week. Since Monday night I’ve been at my partner’s parents’ house, meeting his family for the first time (?), holding my own in the good-natured teasing they all give each other, reading, drinking lots of wine, and not doing a whole lot of anything else. I woke up late this morning, and the voice in the back of my head that always says I should be doing something useful with my time instead of wasting it was pretty loud this morning. I need to write a blog post (okay multiple posts) after all! But at the beginning of December I took a step back—I’ve been running on empty the last few months and it started to catch up to me a few weeks ago, so I dropped down to one post a week and acknowledged the bone-deep weariness I’d been largely ignoring. I’ve got two more days of vacation before heading back to real life and all the responsibilities that come with that, so I decided this morning to tell that voice in the back of my head to shove it. There’s still time for me to get some rest, to leisurely spend the morning drinking coffee instead of doing something “useful.” So that’s what I did. The other stuff can wait.

So I needed a break. And I still sorta need a break (thanks, crappy sleep for the majority of 2019 so far ?), but I’m back! And what better way to start off than with a recap of last year?

Just like last year, I’m starting off with the hugely nerdy part.

Typing up the list of books I read this year and if this gif isn’t A Mood, I don’t know what is ? pic.twitter.com/Xu4zQgEhUA

Disclaimer because although I only threatened to do so last year (due to not actually having an account yet), I’m putting in a few Amazon links this year. I am a participant in the Amazon Services LLC Associates Program, an affiliate advertising program designed to provide a means to earn fees by linking to Amazon.com and affiliated sites. I will never recommend anything that I wouldn’t personally use myself since I’m not here to encourage people to spend money needlessly. Also friendly reminder that your local public library is an amazing resource instead and is where I got 99% of these books!

Sparked by reading Tempests and Slaughter, I decided to start a reread of Tamora Pierce’s books again. It’s an almost-annual thing, after all!

I’m so glad I decided to keep track of these last year and now I’ve got two years’ worth of reading documented!

This deserves a mention

I don’t watch a ton of new tv. I tend to go all out on binge-watching/rewatching old shows when I do decide that yes, I’ll just watch one episode of something while I eat (spoiler alert: it’s never just one episode) so as soon as I get disgusted enough with myself for wasting enough free time rewatching shows, I’ll immediately stop watching and go for months again without turning the tv on. But ohhhh, I’m mentioning a show here because 2018 was the year I discovered The Good Place. I cannot talk enough about how delightful this show is. In the dumpster fire that is the world in 2018/2019, at least we have this show. Go watch it.

My top five posts (in terms of views in 2018) are pretty scattered:

I wrote two of those back in 2017 but they keep coming up thanks to the only SEO I’ve ever done #superexpertseriousblogger. So if we keep it to only posts written in 2018, the list becomes:

2018 saw a whole bunch of travel. There were the blog-related events/travel, which, while pricey, were absolutely a blast. Meeting blog friends IRL is so much fun! I also did a fair amount of personal travel, most of which was to visit friends; but since I hadn’t visited them before in their current locations, I got to both see them and explore some new places!

I took a bucket list trip. The hike to Grinnell Glacier is still on the bucket list (damn you, bears!) so I’ll be back.

I also learned some Southwest tips the hard way and still have $96 in travel credit that I’ll need to use before September. Oh darn, guess I’ll have to find an excuse for more travel this year!

Other things I did for the blog

I started a series of monthly experiments/goals, with varying degrees of success, and documented them here. I’m considering doing another year of them, but tbd on that because whoops, I still haven’t decided on 2019 goals.

If you missed two opportunities to hear the dulcet tones of my voice (just kidding), there are two podcast episodes for you to check out. I also wrote a guest post way back at the beginning of the year about my favorite place, and another for my friend Britt on my struggles with minimalist packing.

I got a tattoo.

I got free rides to the airport, aka I got coupled up.

I realized I was on an unofficial clothes shopping ban and decided to make it official six months in. I only made a few exceptions during the year, which is a far, far cry from how often I used to buy clothes and how much money I used to spend on them. The year was up in November, but I’m continuing with the ban. Or rather, I’m not continuing with a ban that has a set end point, but deciding from now on that NOT buying clothes is the default, and I’ll buy them on an as-needed basis. I honestly don’t miss the credit card bills and sure as hell don’t need new clothes, despite still occasionally falling into a trap where I emotionally want to buy them.

I went on a shit ton of hikes. According to my top Instagram posts of 2018 everyone liked my hiking photos. Okay, y’all, I guess I’ll do more of that this year too! 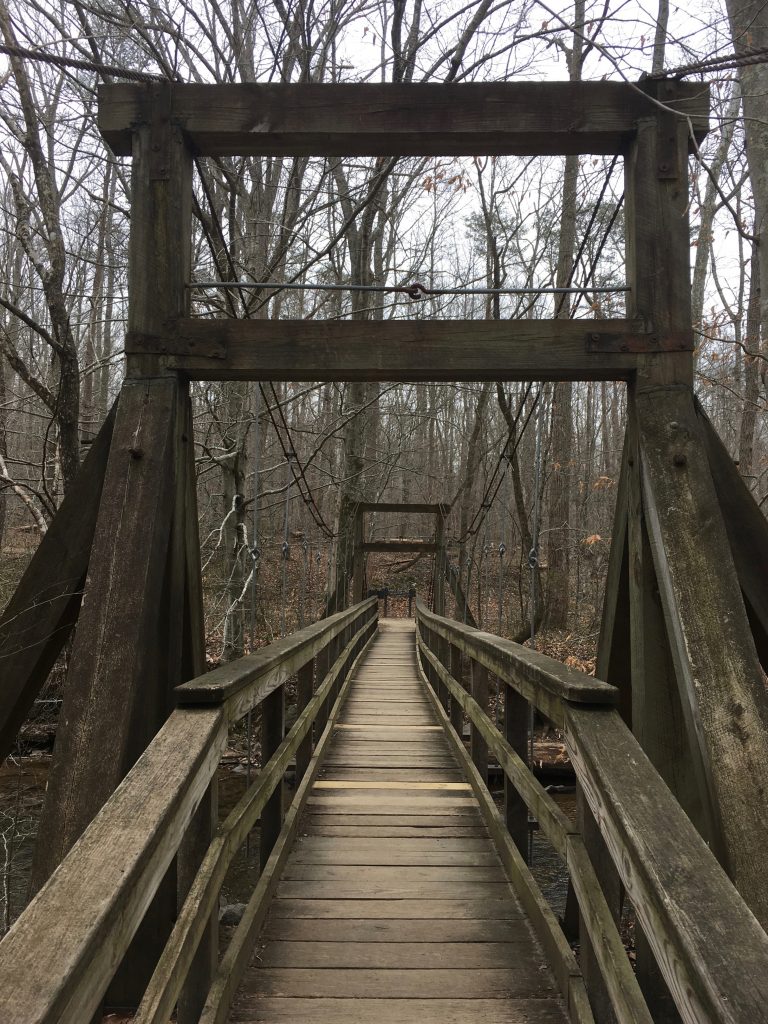 Just kidding, I’m saving all of this for another post. I’m a money blogger, after all! But the big thing that bears mentioning here is that I paid off my student loans in May! That feels like it was ages ago and let me tell you, I do not miss making that monthly payment one single bit.

I’m gonna stop there, since obviously if you want to know everything that happened, you can go back and read all the posts I wrote last year ?

Tune in on Thursday for…whatever post I decide to write. Because 2018 did not see a change in my habit of writing posts the night before!