(.@Vanguard_Group why does the pretty IRA progress tracker in the app disappear when you’re done?? ) pic.twitter.com/n2FW1qlDCE

As I told you in my December spending post, my new sorta/maybe regular dog walking/sitting gig counts, to the tune of $248.

Status: not completed, not for lack of trying in Q1.

In October I went apple picking. And also got an IUD if you wanna count that…

SO MUCH HAPPENED in November. I maxed my Roth IRA during the calendar year for the first time (see #1 above). I spent my first Thanksgiving with my partner’s family. Our parents met! I attended my first bar mitzvah. Oh and also I reached a $100k net worth.

In December I took my first (albeit extremely brief!) international trip with my partner. I went up the Washington Monument. I got a semi-regular dog walking gig (see #3 above). 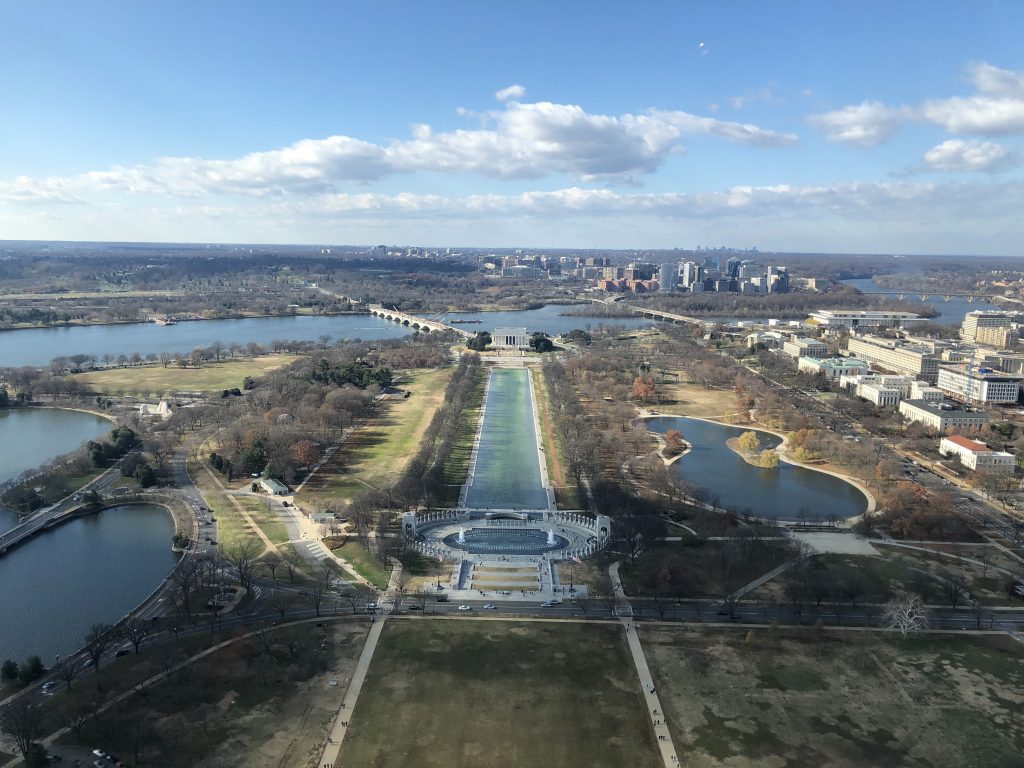 Status: not completed/lol what did this even mean?

Status: not completed. Womp womp. This is definitely a goal for 2020.

I’m still going strong on the Duolingo every day (aside from one heartbreaking streak-ender when I forgot to open the app before midnight over the holidays).

I have been slowly working on it the whole year, but those couple of boxes stuffed in the closet that I keep meaning to get to are still sitting in the closet, so I don’t know that I can in good faith call this completed.

Turns out the holidays weren’t relaxing enough for me to make this. Slash I had six books left to read in the last 2.5 weeks of the year and that was a lot (although had I been sitting on the couch home alone without people distracting me, that would’ve been easy!). I fell just short at 49 books for the year.

Not in the cards for this year.

We were definitely eating different things, and now we’re in the process of changing our diet, which definitely means new recipes.

Bikeshare membership obtained, and I haven’t missed a month yet of taking 4+ rides.

So I didn’t do so well on the personal goals, and not accomplishing reading a book a week was definitely something I didn’t see coming. That was supposed to be a sure thing!

But I’m not mad at how the year turned out, even though 11/19 (more like 11/18 since I tried my darnedest to see tulips in Amsterdam!) goals completed isn’t a fantastic track record. A lot happened, quite a bit that I couldn’t have anticipated at the beginning of the year when I was making these goals. Plus I blew a lot of the goals I did accomplish out of the water! And there was that bit about having a six-figure net worth by the end of 2019 as a ridiculous stretch goal for myself (not a stated goal since net worth is out of my control slash I don’t do net worth updates here). Hitting that milestone was certainly more fun than decluttering some more!

Plus just because I didn’t accomplish some of these goals doesn’t mean I can’t try them again. Or that I can’t repeat some of the goals I had for 2019 in 2020. Doing this list was a learning opportunity that’s informing the goals I set for 2020 (stay tuned for those, which I might actually post before February rolls around).