In lieu of making New Year’s resolutions, this year I decided to set 19 goals for the year of 2019. Given that it’s somehow (HOW) already May, it’s past time for me to see if I’m on track to complete them all.

I haven’t contributed to my Roth IRA in a while because there’s something happening in my life (that might result in big news soon!) that’s making me want to keep more cash on hand. Especially because my cash flow is already lower than I’d ideally want it to be.

I mean, I’m going to max out my 2019 contribution. I just don’t know when that’s going to happen.

From my post, back at the end of February:

However, I’m giving myself a softball here, which means yes, there should be news on this front very soon. Let’s just say my boss has given HR an updated job description for me, so ball’s now in their court .

Finally, at the end of March, effective April 1 or whatever that Monday was:

HOLY SHIT I FINALLY HAVE A JOB DESCRIPTION IN MY POSSESSION WITH MY NEW TITLE. FOR NEXT WEEK. This has only been…never mind. If I think about how goddamn long this has taken, I’ll start crying.

FUCK YEAH I CAN CROSS THIS ONE OFF THE LIST ALREADY. Ya girl got a whole $2,000 raise. Whatever, it’s a raise, and my COL adjustment this year will get added onto that $2k/4%. This is how compounding makes you rich, you know? ?

I worked 19 days straight in April, which included two weekends in a row of side hustle shifts both Saturday and Sunday. Suffice it to say I haven’t had the time to explore other income options!

This hasn’t happened yet, and it’s about time for one for sure. Maybe I can make May a no-spend month starting now, a third of the way through… ?

I managed 56% for January, 47% for February, 57% for March, and I haven’t tallied up April’s spending yet, which is why you’re getting this post instead of that one. So essentially so far I’m killing it.

Although I guess with my 4% raise I should revise this upward to a goal of 52%. I’m still on track for that!

I knew it was a long shot since the trip was before peak bloom season. And because it was before peak tulip season, I didn’t even bother figuring out how to best get us out to the tulip fields. Our limited time in Amsterdam was better spent on other things.

Status: not completed, not for lack of trying. I’ll have to keep this on the life goals list! 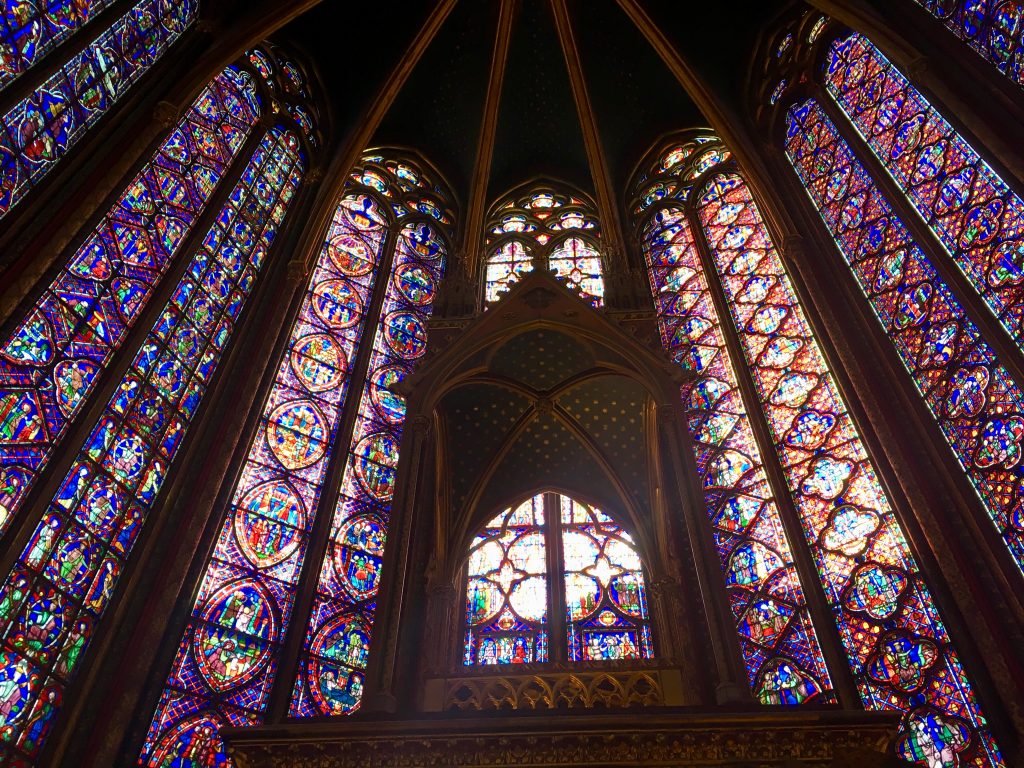 I was already well on my way with this when I included it in my goals:

Despite not having articulated this goal until almost the end of February, I’ve still done pretty well on this front so far. In January I didn’t go anywhere new, but I did get to spend a snow day with my partner. I’ve done extended walks around my neighborhood in the snow before, but it was nice to have company for this one for the first time!

For February, I spent the holiday/my birthday weekend visiting my parents. Which obviously isn’t new, but during this trip my boyfriend and I hit up a few of the local breweries, only one of which I’d been to before (and that was before I was old enough to drink—it’s also a burger joint).

April definitely included something new, but again here I’m going to be vague about things happening in the background; y’all will find out about it later.

All of my trips so far have been to places I’ve already been to.

Similarly, all of my hiking has occurred in parks I’ve already visited. Nothing wrong with that, especially since I know this is a goal.

I haven’t had much time lately for hiking, let alone camping, and weekends this summer are quickly filing up. My boyfriend and I do have a weekend marked in the calendar for a camping trip, although we haven’t booked the campsite yet.

I can’t say I’ve been great lately about putting my phone down when I need to concentrate/not spending tons of time uselessly scrolling through social media/sitting down and focusing on just one thing at a time.

A recent change in my life has also made things a little difficult: having Gwen as a roommate has been great. But it’s also been horrible for my productivity.

It’s been a few years since I lived with a friend (my last two roommates were Craigslist randos) so I forgot what frequently talking to your roommate is like, instead of the two of you exchanging some words in passing and then going about your own lives in separate areas (or both sitting in silence in the living room doing your own thing). Having lots of conversation with a friend instead is great, but man, it’s bad for getting things done ?

Also her cat is a constant distraction. A cute one, though!

Status: needs SO MUCH work. I’m making a concerted effort to get back to working out regularly now that chorus rehearsals are (thankfully) done for the summer.

I was really good at doing Duolingo lessons before the Europe trip and had gotten up to a streak of almost a month. That’s fallen off since then but I’ve been meaning to pick it back up.

Maybe I’ll switch over to Turkish now that I’ve already gone on the trip where knowing basic French would come in handy (and it did come in handy, especially when translating menus to my dad and brother in both Paris and Brussels!).

My excessive amounts of clothing are low-hanging fruit and I’ve been slowly decluttering pieces as I’ve come across things I want to let go of. I haven’t yet transitioned from sweaters and scarves to short sleeves and shirts (but oh, the DC humidity is coming and it is time). When I do, that’ll be a good excuse to get rid of a bunch in one fell swoop.

I did just send a sizeable stack of clothes back home with my mom the last time she was up here—my hometown has a lovely consignment shop. I haven’t found a good alternative to Goodwill here yet. It was nice to get rid of those clothes and it’s also nice to have the floor space back in my room where that stack sat for a few months as I added to it!

It’s looking 99% likely I won’t be re-upping my lease again later this year, so I need to make sure I’ve ruthlessly pared down my belongings before I have to pack them up to move.

Yiiiiiiiiiikes, this has fallen off my radar (which is why you go back and reread your goals post so you can remind yourself of what they were). Adding this to the list of priorities.

I’m still in a cooking rut. Blame my lack of time and energy. It’s a good thing when my mom was last in town she brought lots of food with her for us to eat, because my half of the fridge was empty. Having more time in my life now will hopefully inspire me to try some new recipes.

Or to at least have any ideas for how to feed myself. Burritos/tacos have been an easy, uninspiring go-to very frequently recently.

Not only have I not done anything, I haven’t put a single bit of thought into what this would be. I’m making a mental note to push this one further up the priority list.

It’s been a busy year so far. Like holy-cow-I-never-want-to-work-19-days-straight-again busy. Given that, I’m pleasantly surprised to see how many of these are completed/on track. Yay me!

But I’ve got work to do if I want the Q2 update to look any different than this one. Obviously it’s time to start focusing on the less fun/harder personal growth goals!